“The choices you make will change you over time, Sancia. Make sure they don’t change you into something you don’t recognize—or you might wind up like me.”

Sancia Grado is a thief, and a damn good one. And her latest target, a heavily guarded warehouse on Tevanne’s docks, is nothing her unique abilities can’t handle. But unbeknownst to her, Sancia’s been sent to steal an artifact of unimaginable power, an object that could revolutionize the magical technology known as scriving. The Merchant Houses who control this magic–the art of using coded commands to imbue everyday objects with sentience–have already used it to transform Tevanne into a vast, remorseless capitalist machine. But if they can unlock the artifact’s secrets, they will rewrite the world itself to suit their aims. Now someone in those Houses wants Sancia dead, and the artifact for themselves. And in the city of Tevanne, there’s nobody with the power to stop them. To have a chance at surviving—and at stopping the deadly transformation that’s under way—Sancia will have to marshal unlikely allies, learn to harness the artifact’s power for herself, and undergo her own transformation, one that will turn her into something she could never have imagined.

Here we have a heist with mystery, an exceptional magic system (maybe a new favorite), just okay characters, and great world-building. This is everything I wished Six of Crows was.

Let’s talk about the one thing that hooked me. The magic system. It is intricate and almost infinite (I was reading Godel, Escher, Bach while reading this, and the way the magic was explained was similar to metamathematics, artificial intelligence, and machine learning). I loved the similarities between the magic system and AI coupled with ML; I only wish we would have explored philosophical elements of intelligence or being self-aware in the context of Clef and those alike. Perhaps another series in this same universe could have more depth since this is, after all, an action-packed heist. Anyways, I loved seeing the magic system in all the action; 5 stars for magic.

Let’s talk prose. This book was probably 80% or more dialogue, mostly modernized, which I’m not fond of. I would have liked a bit more description of places and things; I’d like to see the land, buildings, clothing, movements, just overall more description. As someone who struggles a bit with multiple POVs, I appreciate that each scene starts with the name(s) of the character(s) we’re observing. It’s not forced and flows nicely within the first couple of sentences.

On the topic of characters, I longed for more descriptions and thoughts from the characters. They were not particularly unique personality-wise, and the only way I could tell them apart was by their jobs, names, and genders. I wish again that we were dished descriptive passages and more thoughts from the characters to get to know each of them more and shine some light on their personalities.

Oh, I almost forgot, there was a romance that kindled throughout; I think it was done well; realistic, relatable, and didn’t take over and destroy the whole story!

Overall, I lost a bit of interest in the plot and characters, but the magic system kept pulling me in. The last four to five chapters bumped this up to four stars as things all satisfyingly came together in the end.

I’ll definitely read the next! 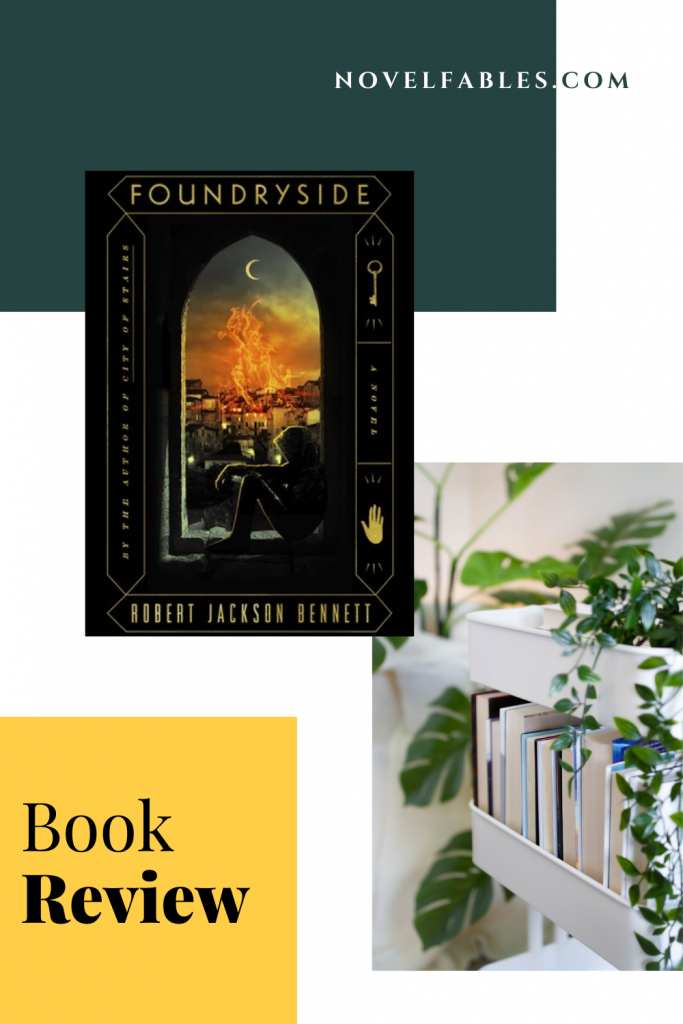 “The choices you make will change you over time, Sancia. Make sure they don’t change you into something you don’t recognize—or you might wind up like me.”